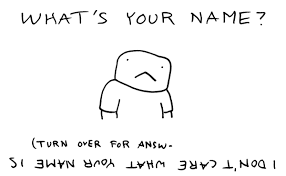 This has nothing to do with making my wedding dress, but it’s a topic I’ve wanted — needed — to put into writing for a while now, and I have a place to do it.

I’m a feminist, and I’m going to change my name when I get married.

Here is what my mother’s generation, the second-wave feminists, did for mine: They gave us the ability to choose for ourselves. We get to choose what traditions are meaningful, and we get to choose to make new traditions if we feel like the old ones don’t mesh with our lives anymore. I want it to be traditional in my family to live with your partner before you get married; I feel strongly that it’s a vital step in determining long-term compatibility, but more importantly I want my children to have the ability to choose for themselves whether that tradition is right for them or right for their relationship. That’s what tradition means to me: Publishing your values to the next generation and then letting them go.

I am part of my father’s second family. I was not given his name, and then my parents separated when I was young. They fragmented into different states, hundreds of miles apart, and I only saw my father when he came to visit us a few times a year. He didn’t raise me. Now we see each other a couple of times during the summer, and occasionally at Thanksgiving. We’re both terrible at keeping in touch, so we’ll go months without talking. Sometimes he feels like a stranger I acquired somehow, an older mentor who has similar taste in movies.

I will always have an innate connection to my mother, not just because she raised me mostly single-handedly for a good portion of my life but because I lived inside of her for nine months. She was my home when I was unable to live on my own. No name can possibly replace that connection.

Would I be closer to my father if I had his name? Probably not. But I might feel closer to him, and that’s more important than you might think.

That’s why I want my kids to have their father’s name. I want to have it too, because I want us to feel like a cohesive unit. There’s power in a unit that shares the same name; that’s why the first thing they have you do when you split into teams in school is give yourselves a name. And if I could talk Nick into taking another last name, a portmanteu (Pomesheka has such a lovely ring to it) or another name altogether, then that would be just the same as me taking his name. We could be that family down the street, the Nerf Herders, and we would still be united.

For completely superficial reasons, I think I’m going to nuke-and-pave the rest of my name while I’m at it. I have too many names. I’m not rich enough to support that many syllables. Three names is enough for one person, and now that I’m grown I think I can remember who my parents are without having to spell their names aloud. My pharmacy thinks my last name is Pomaanto. That’s enough of that.

Antoinette is a lifelong knitter and not-lifelong IT worker living in central Illinois. She's marrying an awesome dude in 2013, and finds it awkward to talk about herself in the third person.